FRIDAY, MAY 20, 2016 – 4th ANNUAL FUNDRAISER: This year's annual fundraiser was held at the Rothschild Pavilion with food catered by our friends at Gulliver's Landing. Cash prize drawings were 1st = $2,000, 2nd = $600, 3rd = $300, 4th = $200, 5th-7th = $100, 8th-10th = $50 ~ CONGRATULATIONS TO ALL OUR CASH PRIZE WINNERS! Proceeds from the 2016 funderaiser were just over $23,000 thanks to our many sponsors, supports, attendees, and volunteers who make the event happen! Proceeds from the event are earmarked funding the extensive long-term lake management plan, which is currently in the development phase, including weed harvesting that was done in June 2016. Our harvester removed 223 tons of weeds in June 2106 (primarily curly leaf pondweed, an invasive species).

TUESDAY, AUGUST 4, 2015 - WEED & ALGAE CONTROL COMMITTEE MEETING: The meeting was held at 5:30pm at Gulliver's Landing (banquet room). There were several invitees for this meeting including DNR representatives, Army Corps of Engineers (ACOE), Marathon County, UWSP Researchers, and other LWA board members. Invitees were given a lake tour prior to the 5:30pm meeting to provide ACOE an opportunity to see first hand the areas that need to be addressed by their modeling project. We discussed status of the study project and mapped out steps for completion of the project which will be extended to December 31, 2016 due to delay of scheduling the ACOE work. We're currently waiting on approval for the ACOE work, which is expected to be granted within the next 30 days. Their work is being funded by federal grant monies. Upon final approval the work will be scheduled for Spring of 2016. This is the final task to be competed before we can being to create the formal lake management plan which completes our study project. In the interim, we will focus on partnering with the muncipalities and reviewing completed draft reports of the various tasks performed.

MONDAY, MAY 18, 2015 - 3RD ANNUAL FUNDRAISER: This year's annual fundraiser was held at the Rothschild Pavilion with food catered by our friends at Gulliver's Landing. The Pavilion proved to be a great venue for this event and we have already reserved the Pavilion for next years event which is scheduled for Friday, May 20th! Cash prize drawings were 1st = $1,500, 2nd = $600, 3rd = $300, 4th = $200, 5th-7th = $100, 8th-10th = $50 ~ CONGRATULATIONS TO ALL OUR CASH PRIZE WINNERS! LWA raised just over $20,000 at this year's fundraiser thanks to the generosity of our attendees, donors, and many volunteers who dug deep and worked hard to make the event happen. Proceeds from the event are funding the extensive long-term lake management plan which is currently being developed, including weed harvesting that was done in June 2015. Our harvestor removed 179 tons of weeds this year (as compared to 50 tons in 2014). The weeds were used as fertilizer by other local organizations and citizens in our community. More details from this years fundraiser, including photos and sponsor links, will be posted soon.

Monday, April 22, 2013 -
1st Annual Fundraiser held at Gulliver's Landing. This event was a huge success bringing nearly $9,000 of proceeds to LWA for remediation efforts. All 200 fundraiser and raffle tickets were sold, including additional tickets sold at the door. Many thanks to our sponsors and supporters, including the Nueske Family at Gulliver's Landing for donating their time and their facilities for this event. Their contributions made this event a success for LWA! Watch for details on the 2nd Annual Fundraiser to be held in Spring 2014.

Thursday, June 7, 2012 -
There was a General Membership Meeting, which was open to the public, at 7:00 PM at the Rib Mountain Town Hall. At this meeting we announced plans and details of the Lake Wausau Evaluation Project. Click here for the meeting agenda.

Thursday, March 22, 2012 -
The Red Cedar Conference was held in Menomonie (UW Stout) benefiting all watersheds in Wisconsin. There was a very diverse group of presenters and subject matters, but all of them focused on finding ways to improve our water resources.

Thursday, September 22, 2011 - Weed & Algae Control Committee Meeting:
There was a Weed & Algae Control meeting at 6:30 PM on Thursday, September 22nd at Gulliver's Landing (in the banquet room). This meeting was a follow up to our previous meeting held on Tuesday, August 9th (see minutes from that meeting below). Scott Provost from the DNR attended this meeting and presented information on Aquatic Plant Management (APM) including key mangement options, where to focus efforts, and how to obtain funding. Scott was very informative and provided the Association with great direction and has been very helpful in providing additional resources for us. Slides from Scotts presentation can be downloaded by clicking here.

July 31, 2011 - Annual Member Picnic:
There was a Member Picnic at Oak Island Park on July 31, 2011 at 1:00 PM. The picnic was a success... highlights from the picnic are below, and more photos can be found on at the Photo Gallery. We hope to have an even bigger crowd next year. Many of us discussed having a summer social on the sand bar rather than a picnic at a facility. We know our days on the water are precious, and by gathering on a sand bar we can enjoy socializing in the water! If you have thoughts or ideas as to how we can get members together, please e-mail us. We'll be planning future events and look forward to your input...

Thanks to everyone who attended the 2011 LWA Member Picnic! There were 27 members in attendance and we had a great time meeting new people and catching up with friends and neighbors... 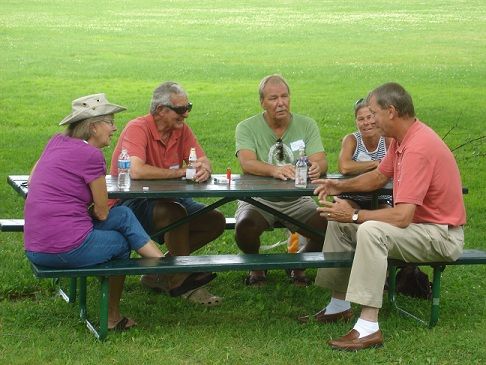 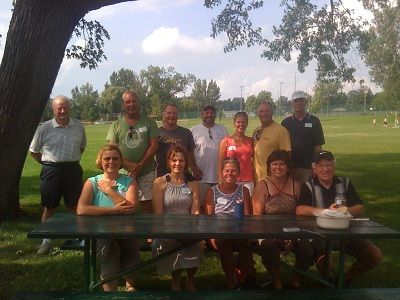 We enjoyed brats, hamburgers and hot dogs donated by two of our board members, and many wonderful salads and side dishes brought by those who attended the picnic... so thanks to the many of you who provided food for this event!

Thanks also to Divepoint Scuba for the kayak demonstrations and the opportunity to test them out! They even had a sale or two as a result of their willingness to be on-site. To visit them, please click on the logo below:

We had some great auction items donated by some of our board members, Association members, and Lake users as listed below along with our auction winners: 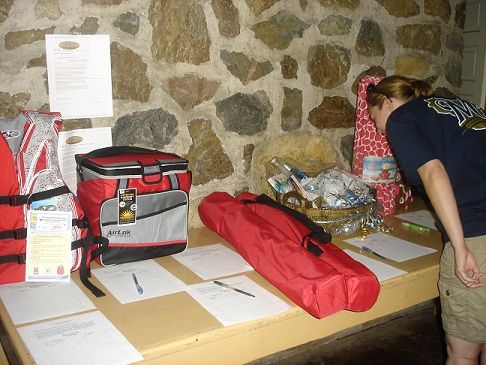 Our Raffle Prize was a 1/2 day guided fishing trip on Lake Wausau with: 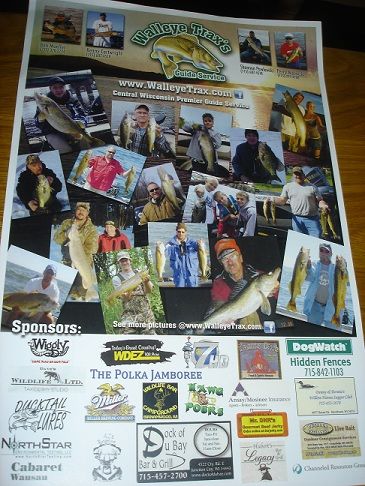 The Raffle Prize was won by Gary Hibbard: 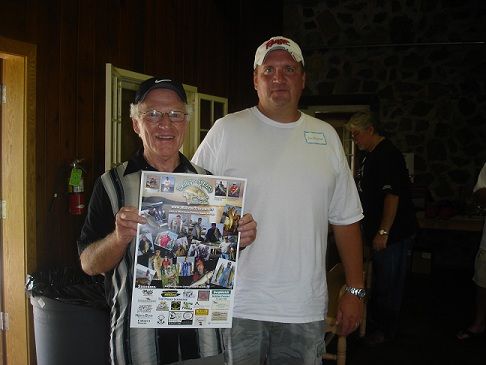 We also gave away several LWA T-Shirts as door prizes... 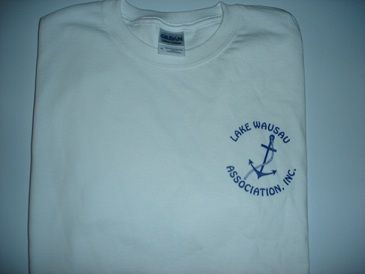 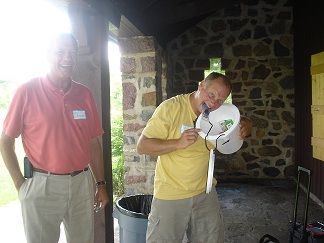 May 13, 2011 - 2011 Wisconsin River Clean Up
(click here for news coverage on this event):
The Association sponsored this annual event which was a huge success! All who participated had a great time and retreived significant debris from the river way and shorelines. Many thanks go out to our youth, Association members, and others in the community who participated in this very important event.

March 6, 2011 - Lake Cleanup Project
(click here for News Recap)
Many thanks to VEOLIA for donating a dumpster for this project! This event and the dumpster donation was a tremendous help in keeping our Lake clean after the ice fishing season.

« Volunteer Opportunities - 2011 Board of Directors Minutes »